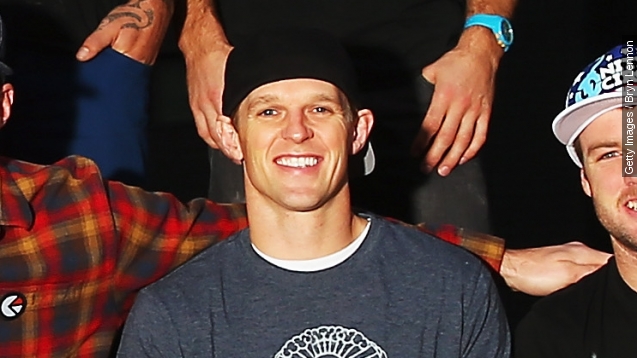 Roner, who was known for his skydiving, BASE jumping, skiing and more, was killed when he hit a tree while trying to land a skydiving attempt at a charity golf event. According to the Placer County Sheriff’s Department, he was pronounced dead at the scene. (Video via Network A)

Roner was a well-known name in the extreme sports community. The 39-year-old was a regular fixture on the MTV show "Nitro Circus."

"That was so awesome. Most fun I've had on tour ever!"

Fellow MTV star Johnny Knoxville tweeted his condolences on Monday, saying, "You will be missed my friend."

According to the United States Parachute Association, skydiving deaths are very rare. Only 24 deaths were recorded in 2014 out of 3.2 million attempted jumps.

Roner is survived by his wife and two children. (Video via Rockstar)