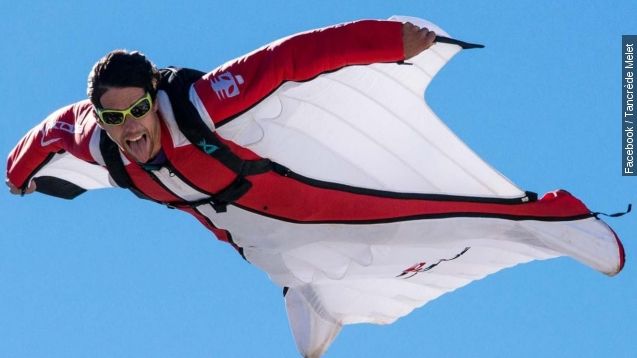 SMS
Extreme Athlete Tancrède Melet Dead After Falling From Hot Air Balloon
By Melissa Prax
By Melissa Prax
January 8, 2016
Melet, 32, was performing stunts on a hot air ballon when he plunged 100 feet to his death. He was the leader of the acrobatic group Flying Frenchies.
SHOW TRANSCRIPT

An extreme athlete slipped and fell to his death in France while performing stunts on a hot air balloon 100 feet in the air.

Melet was 32 years old. He was experienced in base-jumping, slack-lining and flying with a wing-suit. Melet is survived by his infant daughter. (Video via Flying Frenchies)