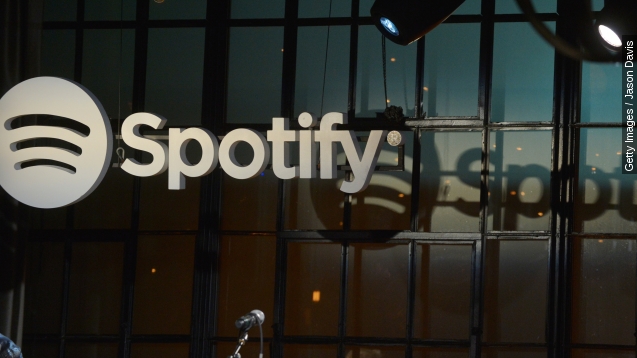 SMS
Exploding Streaming Still Won't Mean Much For Artist Revenue
By Evan Thomas
By Evan Thomas
July 4, 2015
The streaming music market has nearly doubled in the last year, but the margins are so slim artists probably won’t see much change in their income.
SHOW TRANSCRIPT

Music streaming is more popular than ever, but even after nearly doubling in size in the last year, it’s not moving the needle on artist revenues all that much.

But given how little artists and labels get paid on a per-stream basis, it’s not exactly a windfall.

Spotify, for example, states its average per stream payout is between 0.6 and 0.84 cents per play. Industry officials say the average is closer to 0.2 cents per play.

So, using that standard, $270 million went to artists in the first half of 2015 — about 4 percent of the $6.9 billion the digital music industry brought in last year.

Alt rocker David Lowery told Vulture making it in streaming requires popularity. He says some of his songs get a lot of streams, enough “that what I get paid is not far off from what I would regard as sustainable income. But those are hits. Those are songs that are played on commercial radio and satellite radio.”

Still, there’s no question more streaming is good for artists. It’s just not as good as other distribution channels.

On average, some 57 percent of an artist's revenue comes from live performance. And one study of 5,000 musicians found overall, six percent comes from sales of recorded music.

That market is shrinking, too. Sales of digital singles sank 10.4 percent from this time last year, and despite a continued surge in popularity for vinyl, overall physical and digital album sales were down 4 percent.

Nielsen’s numbers don’t include Apple Music, but so far it doesn’t look like streaming’s newest arrival is going to change the royalty status quo. (Video via Apple)

In fact, Apple hadn’t even planned to pay royalties to artists during its trial period. It took an angry letter from Taylor Swift to get the company to change its tune, and it’s now sticking to the same 0.2 cents rate everyone else is paying.