Expert Argues Tamir Rice's Hands Were In Pockets When Shot 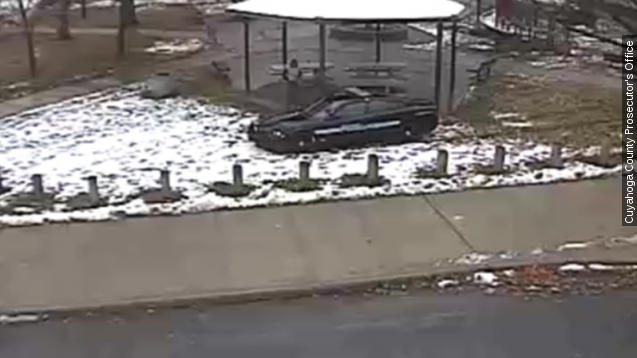 A shooting reconstruction expert hired by Tamir Rice's family alleges when Tamir was shot, he had his hands in his pockets and was not reaching for the toy gun he was carrying.

It's been more than a year since 12-year-old Tamir Rice was shot and killed by police in Cleveland, but his family and the officers involved still don't know if charges will be filed.

Timothy McGinty, the county prosecutor who usually would decide if an officer will face charges, has tapped a grand jury to make that decision in this case. The grand jury began hearing testimony in Tamir's case in October.

And while Jesse Wobrock, the expert behind the report, argues no meaningful exchange could have taken place between Tamir and officer Timothy Loehmann, the grand jury has heard from multiple experts who call the shooting "clearly objectively reasonable."

"The prosecutor needs to recall these officers and subject them to a vigorous cross examination on all the contradictory nonsense in their written statements," the family's attorney said.

Tamir's family wants the expert they've hired to testify in front of the grand jury. In response, county prosecutor McGinty said, "An investigation is the search for the truth. ... We welcome and will review all credible relevant evidence from any source."

Wobrock's report also claims Tamir was shot less than a second after officer Loehmann exited the car, not the 1.7 seconds that other experts estimated.