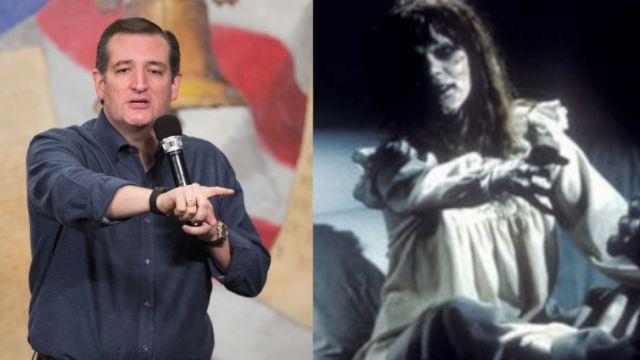 A casual exorcism at a Ted Cruz event. (Video via C-SPAN)

"Ted Cruz, look in the mirror and let the evil spirit leave! ... Leave your power-hungry, demonic soul!" the protesters said.

Two hecklers tried to drive the "evil spirit" from Cruz. (Video via ABC)

"Look at yourself in the mirror," one of the protesters said.

At least there was no projectile vomiting. (Video via "The Exorcist" / Warner Bros.)