2016 Could Have The Fewest Executions In The US In Decades 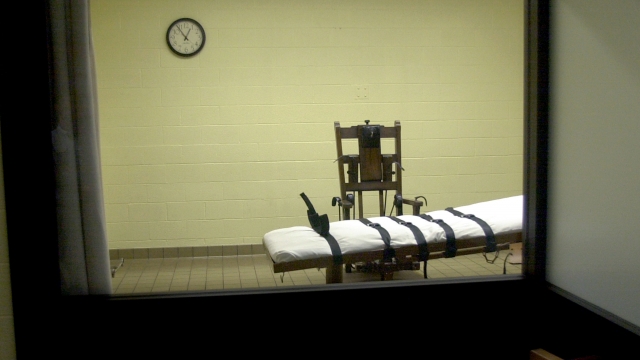 SMS
2016 Could Have The Fewest Executions In The US In Decades
By Ryan Biek
By Ryan Biek
October 24, 2016
So far this year, 17 prisoners have been executed by state authorities.
SHOW TRANSCRIPT

The U.S. is on track to execute the least number of death row inmates in 25 years.

So far this year, 17 prisoners have been executed by state authorities, a 32 percent drop from last year alone.

Part of the reason for the decline could be dwindling public support. Polls show just under half of Americans support the death penalty — its lowest level in over 40 years.

According to the Death Penalty Information Center, capital punishment is allowed in 30 states. But just four states have been performing the majority of executions in recent years, and three of those states have put executions on hold.

Access to lethal injection drugs could be another cause of the decline. The drugs have been in short supply for years, forcing states to look for new combinations.

In Oklahoma, legal challenges to the state's drug combinations put a halt on executions.

In Florida, both the federal and state supreme courts effectively took away judges' ability to outweigh juries in giving death sentences.

And in Texas, executions have stalled over questions of racial bias, psychiatric testimony and tests for intellectual disability.