Execution Of Georgia Woman Postponed Due To Drug Issue 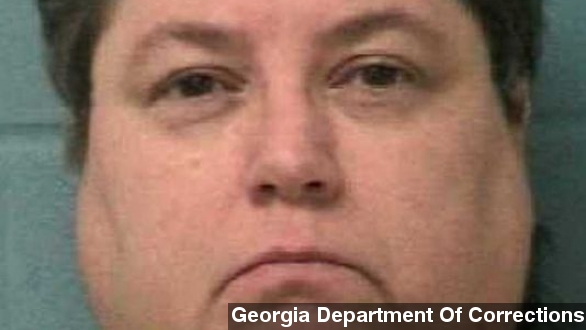 After hours of delay, the execution of Georgia deathrow inmate Kelly Renee Gissendaner has been postponed.

According to multiple reports, there was an issue with the lethal injection drug. A reporter for WGCL-TV said late Monday the drugs "appeared 'cloudy,' execution postponed for undetermined length."

Crowds had gathered outside to protest her execution, as the last-minute appeal to the Supreme Court was considered. A federal court had earlier rejected her lawyer's request for a stay. (Video via WGCL)

Forty-six-year-old Gissendaner was scheduled to be killed by lethal injection at 7 p.m. Monday evening. She would be the first woman executed in Georgia since 1945. (Video via WXIA)

Gissendaner was convicted in the 1997 murder of her husband. Prosecutors say she recruited her boyfriend, Gregory Bruce Owen, to kill him. Owen testified against Gissendaner in a plea deal.

According to Gwinnett County DA Danny Porter, Doug Gissendaner was beaten with a billy club, "stabbed and left to die in the woods." Kelly Renee Gissendaner didn't deny her role in orchestrating her husband's murder.

This video includes images from the Georgia Department of Corrections.