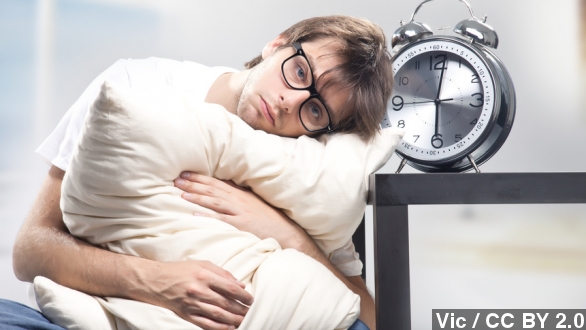 "I was drunk and forgot which Waffle House I parked my car next to."

"A deer herd that was moving through town made me late."

These, along with other excuses like "I knocked myself out in the shower," made it on CareerBuilder's list of "Most Bizarre Late-to-Work Excuses." It found 30 percent of workers have lied about why they were late.

To get the excuses, the site surveyed around 5,000 workers and human resources managers nationwide. That's how they got doozies like, "I discovered my spouse was having an affair, so I followed him this morning to find out who he was having an affair with." How do you even respond to that?

The survey did conclude that 50 percent of the time, traffic is the most common cause of being tardy to the workplace. Lack of sleep came in as the second-leading cause, followed by bad weather.

And then, you know, there are those weird ones. Fox News anchors had a little fun with a story about a man who said his trunk was stolen ... and then had the photo to prove it.

"But, you know what, it doesn't prove if he actually took his trunk out himself and took that picture, so he could get away with it," Fox News anchor Heather Childers said.

Good point, but we feel like that'd be an awful lot of work for a day off.

Career site Monster said it's really chronic lateness that can get an employee in trouble, and honesty is always the best policy. It had its own list of weird excuses, including: "I'm running late because I spent the night in urgent care after being beaten up and stabbed." Yes, someone actually used that.

We do appreciate the creativity, though. Like, "I had to help catch a peacock that escaped from a nearby zoo." OK, we made that one up.

But be careful: CareerBuilder also found 41 percent of employers have fired an employee for clocking in late.