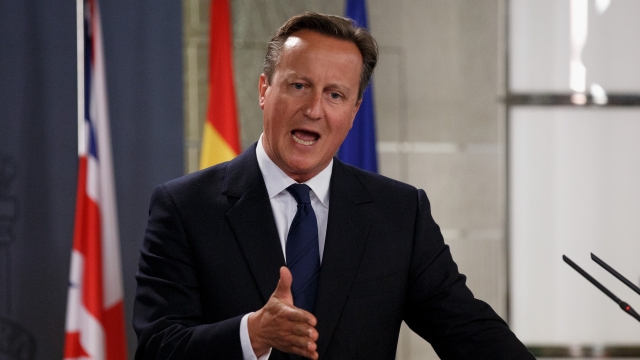 "I thought about this long and hard over the summer, and I've decided the right thing to do is to stand down as the member of Parliament for Witney," David Cameron said.

He told ITV on Monday he didn't want to be a "distraction" for new Prime Minister Theresa May.

Cameron had served as a member of Parliament since 2001.

His resignation comes nearly three months after he stepped down as prime minister in the aftermath of the Brexit vote.

"The British people have made a very clear decision to take a different path. And as such, I think the country requires fresh leadership to take it in this direction," Cameron said during his resignation speech.

Cameron said in a statement Monday it had been an honor to serve the people of Witney, and he has "every confidence that Britain will thrive" under May's leadership.