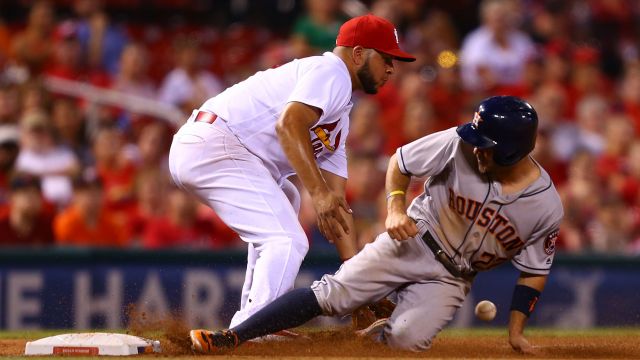 A former St. Louis Cardinals executive has been sentenced to nearly four years in prison for hacking the Houston Astros.

Correa, the former scouting director for the Cardinals, apparently gained access to at least one email account of an Astros staffer as well as the team's Ground Control system — the organization's database for evaluating prospective players.

Prosecutors believe Correa did this by using the password of current Astros general manager Jeff Luhnow, who worked for the Cardinals from 2003 to 2011.

In January, Correa pleaded guilty to five counts of unauthorized access of a protected computer in 2013 and 2014. He faced up to a maximum of five years in prison and a max fine of $250,000.

It's unclear exactly what this sentencing means for the Cardinals organization.

MLB elected not to hand down any punishment prior to the 2016 draft. Instead, the league has been waiting for sentencing, which had already been delayed several times.