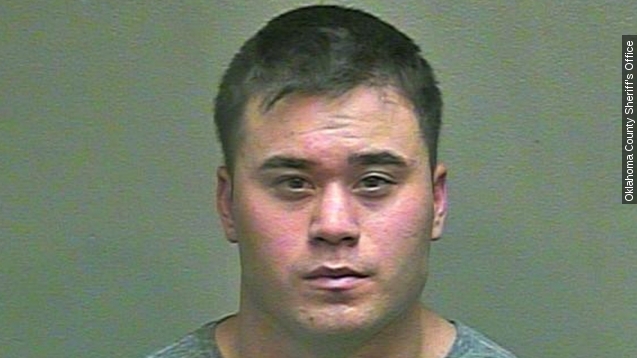 An ex-Oklahoma City police officer accused of raping 13 women has been found guilty of some of the most serious charges against him, including sexual battery and rape.

After deliberating for more than 40 hours over four days, a jury found Daniel Holtzclaw guilty on 18 counts. They recommended he be sentenced to a total of 263 years behind bars. (Video via KWTV)

"We're gonna ask the judge to make sure that this defendant never sees the light of day," District Attorney David Prater told KFOR.

Last year, the state of Oklahoma charged Holtzclaw with 36 counts of felony rape, sexual battery, indecent exposure, forcible oral sodomy and other charges after 13 African-American women claimed he assaulted them while he was on duty. All of them testified in court. (Video via KJRH)

The Oklahoma City Police Department released a statement after the guilty verdicts were read, saying it is "pleased" with the outcome:

"It is obvious the jury took their responsibilities very seriously and considered every piece of evidence presented to them. We are satisfied with the jury's decision and firmly believe justice was served."

Holtzclaw is scheduled to be sentenced next month. (Video via KOKH)

This video includes an image from the Oklahoma County Sheriff's Office.