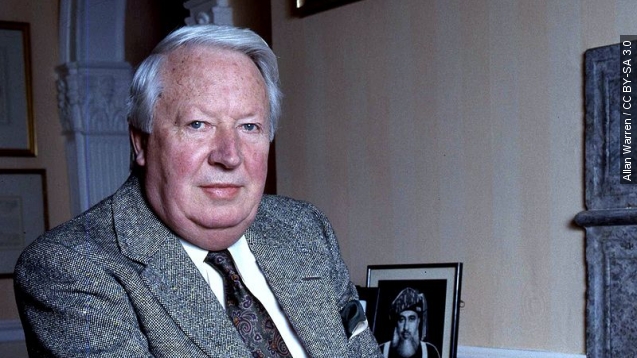 A former British prime minister was once accused of child sex abuse.

In the 1990s, the watchdog says someone — we don't know whom — accused Heath of child sex abuse. But that's not what they're investigating.

Rather, they're looking into whether local police chose not to investigate after someone threatened to expose Heath.

As for what prompted this, years later? The watchdog says a retired senior police officer claimed the case was mishandled.

This is only the most recent child sex abuse scandal involving a British politician — although Heath is the biggest name to be publicly accused.

Heath — once leader of the Conservative Party — served as prime minister from 1970 to 1974. (Video via BBC)

In May, British police revealed they were investigating over 1,400 child abuse suspects, 76 of whom were local-level and national politicians; it's not clear which have died or are out of office.

That probe was prompted in part by the sex abuse scandal involving the late BBC entertainer and friend of the royal family, Jimmy Savile.

Since the Savile story broke in 2012, the number of child sex abuse cases reported to British police is estimated to have increased 71 percent.

This video includes an image from Allan Warren / CC BY SA 3.0.