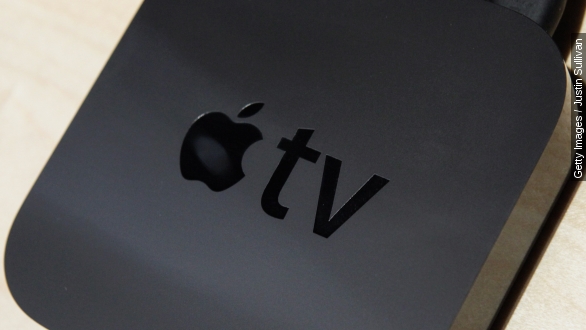 SMS
Evidence Piles Up For Apple's Streaming TV Service
By Evan Thomas
By Evan Thomas
May 1, 2015
Content deals and mutterings from industry executives make it look more and more like Apple's ready to enter the streaming television market.
SHOW TRANSCRIPT

In recent months, the question has become not so much if Apple will launch streaming TV, but when it will.

The evidence is piling up. See Apple's deal with HBO for the semi-exclusive HBO Now streaming service.

In a Wednesday earnings call, the CEO of HBO's parent Time Warner, Jeffrey Bewkes, said he's "pretty confident" Apple's about to roll out its own branded service.

And on its last earnings call, Apple CEO Tim Cook said: "I think we're in the early stages of some major, major changes in media. I think Apple can be a part of that." (Video via Apple)

Of course, that's the same nonanswer he's provided for years any time he's pressed on Apple's plans for television. (Video via AllThingsD)

"This is an area of intense interest for us," he said at 2012's D conference.

That hasn't stopped a string of reports this year that Apple would be offering an on-demand-style TV package with a cut-down package of television channels over the Internet.

Just to further cloud the issue, it's not clear exactly where Apple TV fits into any Apple television service.

GottaBeMobile points out it's been some time since the set-top hardware got refreshed. Where Apple's phones and computers typically get upgrades on an annual basis, the last time Apple TV got any attention was in January of 2013.

And the market is more competitive than it was back then. New arrivals such as Google's Chromecast and Amazon's Fire TV do many of the same things Apple TV does. Exclusive streaming content could certainly give Apple's box a unique selling point beyond competing on price.

Whatever Apple's planning, many think the company will show it off at June's Worldwide Developers Conference in San Francisco.