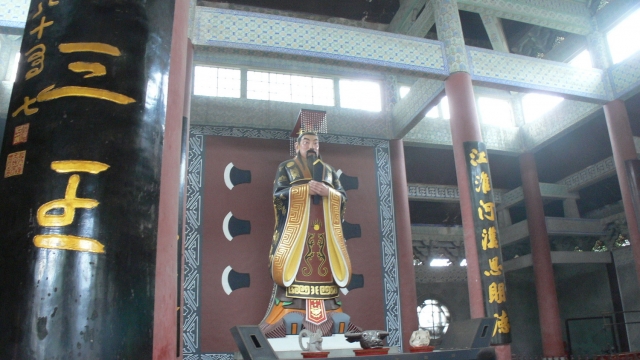 Scientists might have confirmed a 4,000-year-old legend: the story of the beginning of Chinese civilization.

As the legend goes, a huge flood from the Yellow River lasted a generation until a hero known as Yu the Great dredged and built canals.

For that, the rulers of the area were so grateful they made him emperor. His descendants became China's first great dynasty, taking the country into the bronze age.

Yu's story supposedly happened around 2,000 B.C., but the earliest written records about him come more than a thousand years later. So the tale of China's founding is seen as a myth.

But scientists recently discovered an area of the Yellow River with evidence of an earthquake, landslide, natural dam and a dam burst that consequently would have led to a massive flood –– all happening around 1,900 B.C.

Plus, the clues suggest the river would have taken a long time to adjust to that flooding, meaning that whole "lasting a generation" part could actually be true.

The researchers say the "flood shares the main characteristics of the Great Flood described in ancient texts."

Even if the flood happened, there are still parts of the legend that seem a little fanciful — like that part about Yu fighting a dragon.