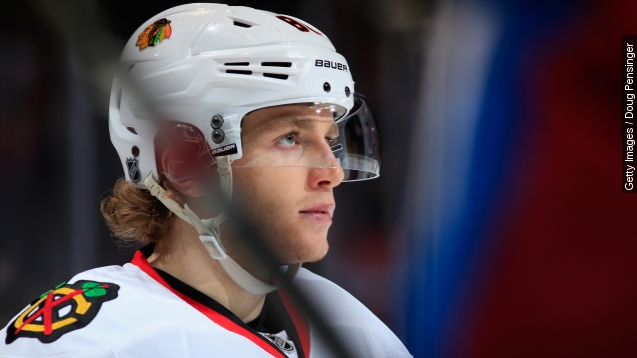 The sexual assault case against NHL star Patrick Kane is in limbo.

The Erie County district attorney told reporters Friday the mother of the woman accusing Kane of rape lied about how an evidence bag showed up on her doorstep.

"It's a bizarre hoax and it's a dog-and-pony show," Erie County District Attorney Frank Sedita said.

"I said from the beginning it was a hoax. It's obvious what the intent was," Kane's attorney, Paul Cambria, said.

The mother reportedly told her daughter's attorney an evidence bag was unexpectedly delivered to her home. Based on the mother's claim, the accuser's attorney said the bag once contained a rape kit.

Attorney Thomas Eoannou later walked back those comments and withdrew from the case.

The district attorney says the accuser's mother won't face charges for lying to Eoannou since she wasn't under oath. But the path forward is uncertain for a case that has, so far, been plagued by leaks and odd twists — none of them putting investigators closer to the truth.

Kane is still under investigation for allegedly raping a woman back in August, but, according to the DA, the odds of those allegations ever ending up in court are getting slimmer.