Everything We Expect To See At CES 2016 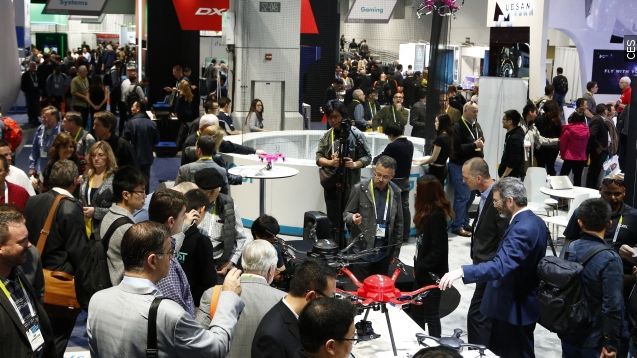 SMS
Everything We Expect To See At CES 2016
By Leah Becerra
By Leah Becerra
January 2, 2016
CES 2016 starts Wednesday and, because we're covering it in person this year, here are a few things you can expect to see from the show.
SHOW TRANSCRIPT

CES 2016 officially kicks off Wednesday, and this year we'll be there.

For those who are unfamiliar, CES stands for Consumer Electronics Show. It's a trade show where companies and startups alike take their best new consumer technologies and show them off to the world. (Video via CES)

And often times, what's there gives a pretty good indication of what's going to generate the most excitement in the industry for the rest of the year. (Video via The Verge)

So what kind of tech can you expect to catch at the show? Here's the abridged version of what you'll see and what we will be focusing on while we're there.

First of all, we're going to see a lot of drones. The flying, and occasionally swimming, contraptions have been quickly gaining popularity in the U.S. and abroad.

Qualcomm is just one of many drone-makers in attendance, and the company already hinted at at least one thing it'll be demoing to the crowd: an autonomous navigation system. (Video via Qualcomm)

We'll also see a lot of virtual reality, augmented reality and perhaps even some mixed reality. There are many of these types of devices already on the market, but there's still plenty of room for improvement and innovation. (Video via CES)

As for this next one, you probably expected it, but wearables will definitely have a major presence at this year's CES.

It's easy to forget wearables aren't just gadgets worn on wrists. They also aren't just fitness trackers. Wearables are being woven into clothes, they're in shoes and even on your face. (Video via CES)

One more thing we expect to see a lot of at the show: automobiles.

These are by no means the only types of tech that'll be showcased. That's why you should check back here with Newsy to see what else we find at CES in Las Vegas.