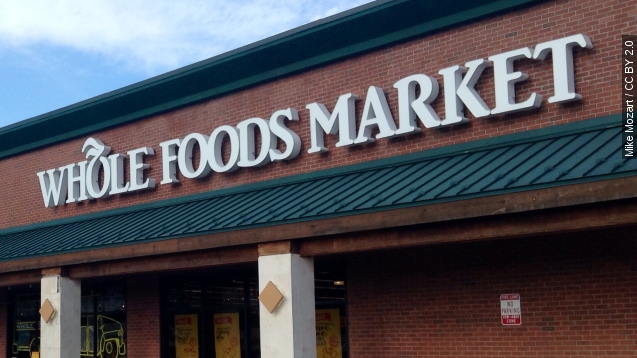 Whole Foods: Where great-tasting food, and apparently proposals, are only natural.

A guy from Florida proposed to his girlfriend while dressed up as an employee at the grocery store. And we can't quite figure this one out, but it worked.

"His girlfriend of seven years, Jessica Shiekman, had planned to go mall shopping with family, but picked up an engagement ring in the produce aisle instead," the WSVN anchor said.

Neither of them actually works at Whole Foods. Aaron Califf — that's the now-groom-to-be — had his family fly in from Chicago to be there for the big proposal. And one relative had the same concern we did:

"What if she said no?" Randy Califf, Aaron's Dad, said.

But she didn't, and she has a shiny new ring to prove it. Aaron picked Whole Foods because Jessica called it her happy place. That, and he wanted it to be a surprise. She definitely didn't call that one.

Whole Foods must be a love operation disguised as a grocery store. In 2014, these other two lovebirds in Florida got engaged at a Whole Foods, too.

The grocery chain also did a Valentine's Day video about a man looking for love on the holiday, which was also his 30th birthday.

This video includes an image from Mike Mozart / CC BY 2.0 and music from Kevin MacLeod / CC B 3.0.