Even TVs Can Collect Data On You, Thanks To Samsung 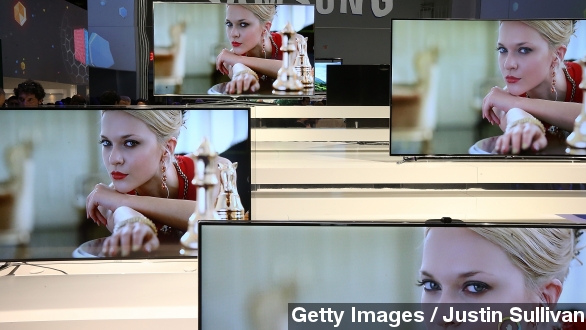 SMS
Even TVs Can Collect Data On You, Thanks To Samsung
By Ben Lawson
By Ben Lawson
February 8, 2015
Samsung's Smart TV could potentially record what you are saying in your living room and send it to third parties.
SHOW TRANSCRIPT

In the age of privacy concerns, even your TV is listening and recording what you say.

A Reddit user kicked off this controversy by posting this line from Samsung's privacy policy. It deals with a voice recognition feature: "Please be aware that if your spoken words include personal or other sensitive information, that information will be among the data captured and transmitted to a third party through your use of Voice Recognition."

It sounds a lot like a passage from George Orwell's dystopian novel, "1984": a device in our living rooms that tracks everything we say. (Video via MGM / "1984")

But this isn't unprecedented. LG found itself in trouble in 2013 after its smart TVs were found tracking large amounts of user data.

However, Samsung did inform users it was collecting data and sending it to third parties, though very few read the privacy policy. That's more than some competitors, like LG, have done.

And that same policy details how users can avoid having their data tracked, though at the cost of not using the voice recognition feature at all.

Samsung says the data collected isn't sold to advertisers but is used to improve the TV's performance.

So, it is kind of creepy but for the sake of advancing the technology. But does that make it OK?

Well, regardless of Samsung's intentions, there's always the potential for the company or its undisclosed third-party to get hacked and all that data leaking out to the Internet.

Samsung has released a statement saying it has industry-standard safeguards in place, including data encryption. But without knowing who that third-party is, a lot of people might find it hard to trust the tech giant's security.