Even DOJ Lawyer Who Approved Waterboarding Says Trump Doesn't Get It 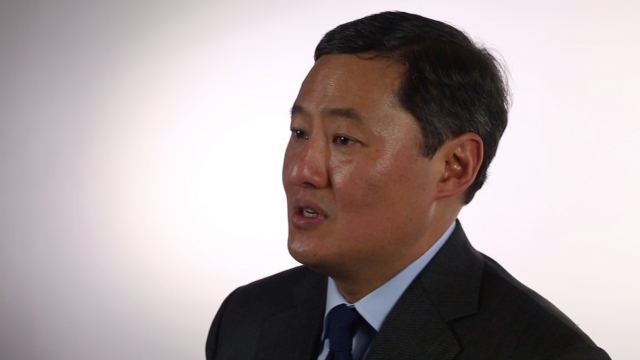 "For us, waterboarding was the hardest question," John Yoo says.

John Yoo is the former Justice Department attorney most famous — or infamous — for drafting the "torture memos" shortly after the 9/11 attacks. His opinion on so-called "enhanced interrogation techniques" was and still is highly controversial.

"Our view was it was basically right at the line of what was legal or illegal but that you could not go beyond it," Yoo says.

"I would bring back waterboarding, and I'd make it a hell of a lot worse than waterboarding," Trump told ABC's "This Week" in February.

"Yeah, what did you have in mind?" George Stephanopoulos asked.

"I had in mind going worse than waterboarding," Trump responded. "That's enough."

Essentially, Yoo is the guy who sanctioned waterboarding, a tactic Donald Trump has promised to reauthorize as president. Yoo's memos declared Al-Qaeda and Taliban militants as not protected by the Geneva Conventions, defined torture and absolved interrogators of any possible war crimes.

"To me, this is just another example of I think Trump exaggerating, overstating, playing to a crowd," Yoo says.

Enhanced interrogation techniques meant for Al-Qaeda and Taliban fighters shortly after the 9/11 attacks are now banned. But Yoo says he's more worried about Trump's basic reasoning for bringing back waterboarding.

"Believe me, it works," Trump told the Columbus crowd. "And you know what? If it doesn't work, they deserve it anyway for what they're doing to us. But it works."

"Yeah, that's a complete misunderstanding of what the Bush administration did and why," Yoo says. "From hearing his comments, it sounds like Trump is talking about interrogation as a punishment, that it's something we should do just to get back at the terrorists. That's really not its point at all. The whole point of interrogation is for you to get intelligence that allows you to stop future attacks. And that's it."

"So for Trump to say that he would go beyond waterboarding, I have no idea even what he has in mind, but if he wants to do things which are worse to people, I think it would probably … it would violate federal law."

This video includes clips from BBC, C-SPAN and Vice News.