Even A Grounded SpaceX Likely To Keep Its Market Advantage 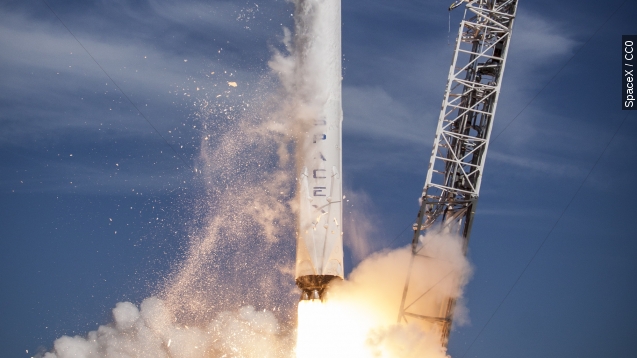 SMS
Even A Grounded SpaceX Likely To Keep Its Market Advantage
By Evan Thomas
By Evan Thomas
July 24, 2015
SpaceX's Falcon 9 rockets are grounded until at least September, but the company probably won't lose much market share to less nimble rivals.
SHOW TRANSCRIPT

Anyway, SpaceX's Falcon 9 series is grounded until the investigation is complete.

But the setbacks probably won't damage SpaceX's position in the commercial space race, if only because its competition has its own set of problems.

But SpaceX has undercut ULA's prices from the beginning, and that's only getting worse.

Corporate wants ULA to trim its budget. CEO Tory Bruno says, "They've had us on a very short leash" since last year, trying to catch SpaceX.

What's more, SpaceX's Merlin engines are U.S.-made, not sourced from Russia the way some of ULA's engines are. (Video via SpaceX)

That's a point of controversy and political wrangling. Congress plans to ban the import of RD-180 engines from Russia in 2019, a move ULA execs worry could hand SpaceX a monopoly on some commercial launches. (Video via United Launch Alliance)

In the meantime, Fortune reports a bunch of commercial communications providers — and NASA — are now stuck waiting. The rides to space that aren't booked for the next several years have their own share of explosive reliability issues to work through. (Video via NASA, YouTube)

SpaceX, for its part, plans to inspect each individual strut it uses from now on.

When he discussed the failure, CEO Elon Musk said, "To some degree I think the company as a whole became maybe a little bit complacent after 20 successes in a row."

Falcon 9 service will resume in September at the earliest.

This video includes images from Getty Images and SpaceX / CC 0.