European Officials: After France, ISIS Is Targeting The UK 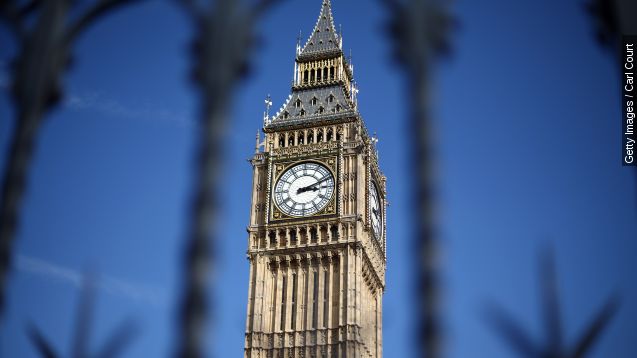 SMS
European Officials: After France, ISIS Is Targeting The UK
By Jake Godin
By Jake Godin
December 4, 2015
After the Paris attacks, European security officials tell CNN the United Kingdom may be next.
SHOW TRANSCRIPT

ISIS is reportedly planning to target the U.K. after its Paris attacks.

At least, according to European security officials who spoke with CNN.

According to the officials, British ISIS fighters in Iraq and Syria have been ordered to make their way back to the U.K. in order to carry out an attack.

Just a few days ago, the British Parliament voted to expand its anti-ISIS bombing campaign to include Syria.

And while ISIS makes plenty of threats to countries it doesn't particularly care for, which is pretty much everyone —

"France was the beginning. Tomorrow will be Washington. It will be New York and it will be Moscow."

The threat to the U.K. might be a little more credible.

Partly because, according to the BBC's count, an estimated 700 people have gone to Syria or Iraq to fight for jihadist organizations with about half having since returned home.