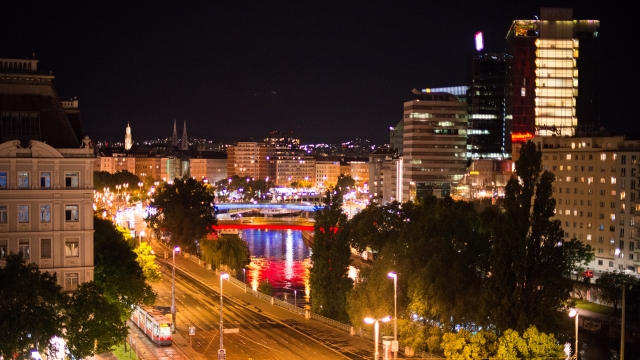 SMS
European Cities Rank Highest In Quality Of Life And Personal Safety
By Matt Moreno
By Matt Moreno
February 23, 2016
Vienna ranks at the top of the list worldwide. Only 17 U.S. cities made the 230-city list.
SHOW TRANSCRIPT

European cities are the best places to live, according to a new report from human resources consulting firm Mercer.

The report says, despite recent security issues, social issues and subpar economic outlooks, European cities still outranked much of the rest of the world.

According to Mercer's 18th Quality of Life survey, the Austrian capital of Vienna ranked at the top of the list worldwide for the seventh straight time.

To find a city from the U.S., you've got to travel down the list to No. 28, where San Francisco sits — one spot lower than last year.

In terms of safety, the tiny country of Luxembourg ranked as the safest, followed closely by Bern (Switzerland), Helsinki (Finland) and Zurich (Switzerland). Baghdad (Iraq) and Damascus (Syria) ranked as the world's least-safe cities.

And Chicago, Honolulu, Houston and San Francisco all tied for No. 54 in worldwide safety, the highest ranking for a U.S. city.

This video includes clips from the Luxembourg National Tourist Board and San Francisco Travel Association.