Europe's Poorest Country Is In The Middle Of A Political Crisis 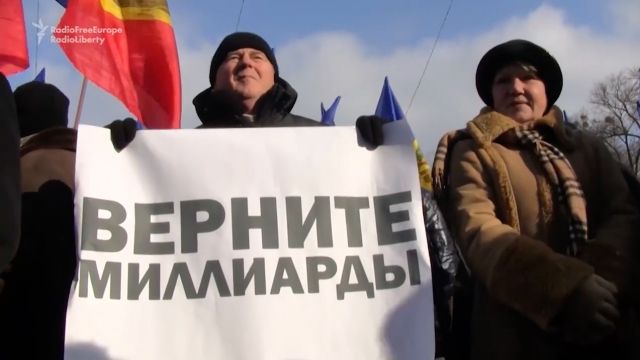 Thousands of protesters continued to crowd Moldova's capital on Sunday after the government tried to rebuild, again. (Video via Radio Free Europe/Radio Liberty)

In Europe's poorest country, there's been a lot of political turnover. (Video via TeleRadio-Moldova)

Part of that's because the country is still reeling from communist roots. The U.S. and the European Union have supported its post-Soviet direction. Currently, the country is an oligarchy with two distinct parties.

Pro-European Union and pro-Russian groups are the main ones protesting against the current prime minister, even though he's promised he would create stronger ties to the EU. (Video via Omega Today)

But these groups see the new PM as a puppet for corruption. Last year, the country experienced a financial loss from the banks, and many blame politicians from the current majority party for the loss of around $1 billion. (Video via Radio Free Europe/Radio Liberty)

And these groups aren't happy about the formation of a new Parliament against constitutional regulations. (Video via Ukraine Today)

Not everyone is against the current prime minister, who only rose to power Wednesday. Moldovan supporters of the new government are reportedly planning to stage counterprotests in the coming days.