Europe's Far-Right Saw The Brexit And Now Wants Out Of The EU, Too 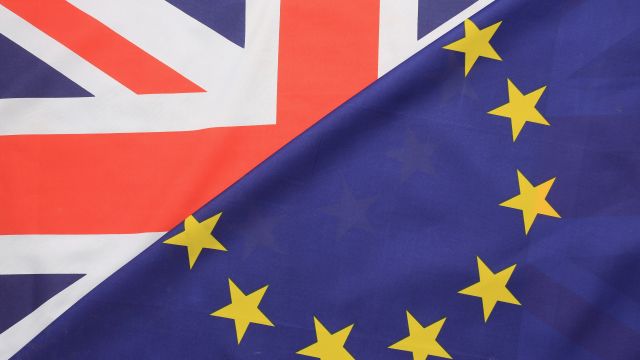 SMS
Europe's Far-Right Saw The Brexit And Now Wants Out Of The EU, Too
By Ethan Weston
By Ethan Weston
June 25, 2016
After the U.K. voted to leave the European Union, far-right political parties across the Continent are calling for their countries to exit.
SHOW TRANSCRIPT

Far-right political movements have been on the rise in Europe for a while now, and some leaders within those movements are already looking to the United Kingdom's Brexit vote for inspiration.

Far-right party leaders in both the Dutch Party for Freedom and the French National Front see the United Kingdom's move as a way to gain momentum in their fights to also get their countries to leave the European Union.

It's a sentiment that's growing stronger throughout Europe. Far-right political movements are popping up throughout the continent, and many are using the growing anti-immigrant sentiment to push for a Netherlands-exit or France-exit or a Denmark-exit. The list goes on.

And that anti-immigration sentiment is a major driver behind the Brexit, with 77 percent of British citizens saying immigration levels should be reduced.

At a gathering of far-right leaders in Austria earlier this month, the leader of Austria's Freedom Party said: "We are not against Europe as our opponents are always saying. We want another Europe, a better Europe, one of nations, values, culture and identity. The new fascism comes from the left and from radical Islam."

That statement seems to get at the heart of the issue. The Brexit represents, to these parties, a means of taking back sovereignty and national identity that they feel their countries have lost under the European Union.

While many of these far-right groups are drawing on anti-immigration fears, they've also been drawing in supporters with economic arguments and emotional appeals.

After concerns over immigration, two of the biggest drivers in far-right growth in Europe have been economic and ethical. These right-wing parties tend to experience periods of growth during economic turmoil or when there are perceived loss of values or ways of life.

But maybe it's not over yet. People in the U.K. are already pushing back against leaving the European Union. There's a petition with well over 1.5 million signatures calling for another referendum. Since it's passed the 100,000-signature mark, Parliament will at least consider it for debate.