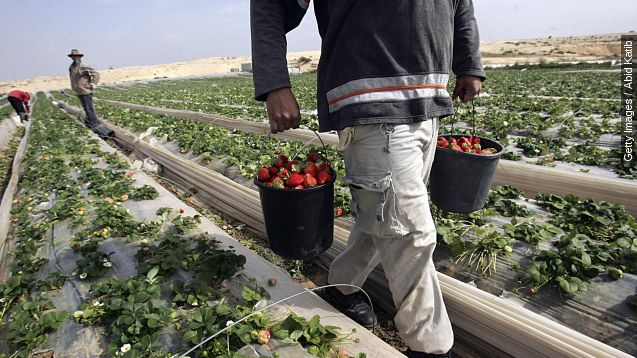 The European Union is using its export labeling requirements to tackle the internationally touchy subject of Israel's borders.

The European Commission has introduced new measures forbidding Israeli producers in occupied areas including East Jerusalem, the West Bank and the Golan Heights from using the umbrella "Made in Israel" label. (Video via The Jerusalem Post)

The new mandate impacts Israeli manufacturers who export goods to the European Union.

Items like olive oil, wine and poultry from the West Bank, for example, will come with a label that reads, "Product from West Bank (Israeli settlement)." Goods from Palestinian-owned manufacturers will have labels that say "Product from Palestine." (Video via Vice)

The EU doesn't officially recognize Israel's authority over the territories it's occupied since 1967. Labeling Israeli goods produced in those regions could scare off consumers who share the EU's position.

Palestinian officials, on the other hand, are pleased. According to The Washington Post, a senior official said the measure is "a significant move toward a total boycott of Israeli settlements, which are built illegally on occupied Palestinian land."