EU Accuses McDonald's Of Cheating On Its Taxes In Luxembourg 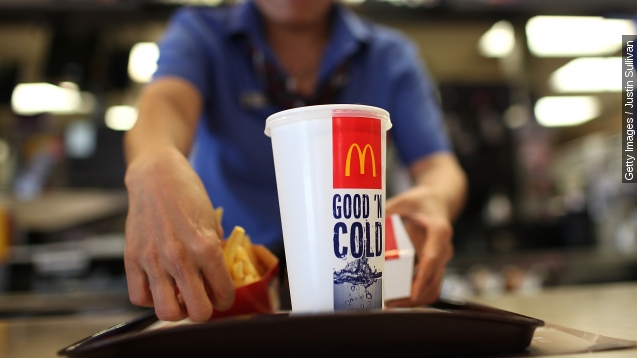 SMS
EU Accuses McDonald's Of Cheating On Its Taxes In Luxembourg
By Ben Lawson
By Ben Lawson
December 3, 2015
European officials are investigating whether McDonald's made illegal tax deals. It's the latest U.S. company to come under fire in the Continent.
SHOW TRANSCRIPT

A European Union commission is investigating if McDonald's has an illegal tax agreement with Luxembourg.

The commission says McDonald's isn't paying European royalties in Luxembourg or the U.S. The purpose of agreements like this one are to prevent companies from having to pay taxes on the same thing in two different countries. (Video via McDonald's)

But Margrethe Vestager, EU commissioner for competition, says, "The purpose of Double Taxation treaties between countries is to avoid double taxation – not to justify double non-taxation." (Video via Presidents Institute)

The agreement was put in place in 2009, and the commission says McDonald's hasn't paid corporation tax to Luxembourg since then. (Video via McDonald's)

For its part, McDonald's says it pays a "significant amount" of corporate tax income. It says it paid $2.1 billion in the EU between 2010 and 2014.

This announcement makes McDonald's the fifth multinational U.S. company to be investigated for fishy tax agreements in European nations.

Amazon and Apple are both still under investigation, but Fiat has already been ordered to pay out $31.8 million to Luxembourg.

The commission ordered Starbucks to pay a similar amount to the Netherlands, but the coffee chain is asking for an appeal.