One Man In Georgia Might Have Been Inflating Chicken Prices Nationwide 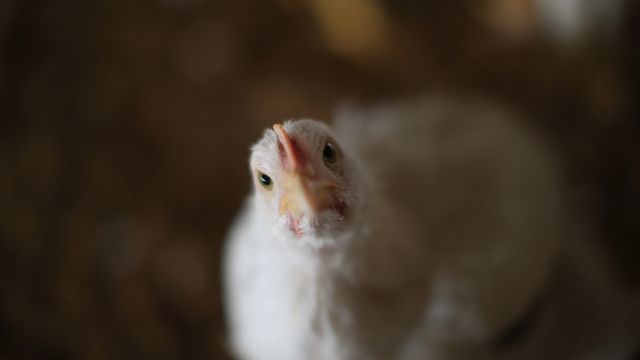 SMS
One Man In Georgia Might Have Been Inflating Chicken Prices Nationwide
By Lindsay Gloor
By Lindsay Gloor
November 17, 2016
A weekly bulletin released by the Georgia Department of Agriculture might've swayed billions of dollars in chicken purchases.
SHOW TRANSCRIPT

How do you figure out the price of a pound of chicken? Turns out, chicken producers around the country might've just been winging it.

One man from the Georgia Department of Agriculture makes weekly calculations that provide grocery chains around the U.S., including Walmart, with an average rate of what their poultry should cost.

Arty Schronce's calculations have likely affected billions of dollars in chicken purchases. But recently, he's had some serious doubts about the accuracy of those calculations. And he's not the only one.

According to an internal document from the department obtained by The Washington Post, the way rates were calculated might've contributed to the well-trusted price estimate increasing dramatically.

Over the past two years, this estimate has risen about 20 percent or more out of line with the lesser-known index run by the U.S. Department of Agriculture. That difference could've cost U.S. grocery shoppers billions.

Schronce believes the main problem with the price calculation is that it's based on a survey from eight anonymous Georgia chicken companies that can only gain from reporting inaccurate information. They aren't asked to show receipts or other documentation proving their figures' validity.

The Georgia Department of Agriculture announced it was addressing critiques but stood by its influential estimates, saying they reflect specific birds and customers so the prices might diverge.

Poultry sales in Georgia exceed $4 billion each year, since some of the nation's largest chicken producers have plants in the state.