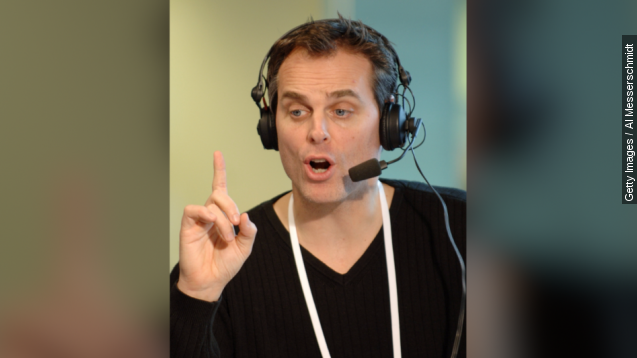 ESPN Radio host Colin Cowherd was already on his way out the door, but Friday, the "Worldwide Leader in Sports" decided to make his exit a bit more swift.

ESPN announced Cowherd would no longer appear on air after making what many people considered to be disparaging remarks about Dominicans.

"The Marlins put a general manager in their dugout, people freaked out. Like, 'Whoa!' It's baseball. You don't think a general manager can manage? Like it's impossible? The game is too complex? I've never bought into that, 'baseball's too complex.' Really? A third of the sport is from the Dominican Republic," Cowherd said on his ESPN program.

That comment came at the tail-end of a point about former ESPN personality Bill Simmons. He compared Simmons' recent move to HBO to the MLB's Miami Marlins moving general manager Dan Jennings to team manager — which is like a head coach. Of course that point was totally lost thanks to that "Dominican Republic" comment. (Video via Grantland)

"I could've made the point without using one country," Cowherd said.

But the damage was done and everyone from ESPN, to Major League Baseball's Player's Association, to at least one Dominican MLB player ripped Cowherd for his comment.

Cowherd apologized on his show Friday and again in a tweet saying his poor word choice wasn't a reflection of who he was.

ESPN hasn't said how long they'll keep Cowherd off the air. He's expected to join rival network Fox Sports 1 by the end of the year.