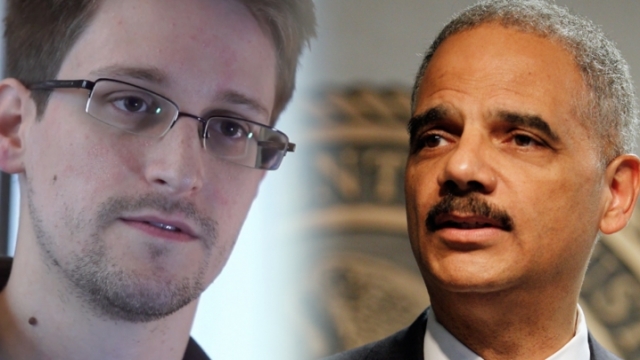 NSA whistleblower Edward Snowden got a surprising shoutout from none other than the former U.S. attorney general.

During a CNN podcast released Monday, "The Axe Files" host David Axelrod asked Eric Holder about the challenges of balancing civil liberties and security after Snowden leaked classified documents on U.S. surveillance programs back in 2013.

"We can certainly argue about the way in which Snowden did what he did, but I think that he actually performed a public service by raising the debate that we engaged in and by the changes that we made," Holder said.

Holder also suggested Snowden should come back to the U.S. to face charges. Snowden has already said he would if he's promised a fair trial.

Snowden is wanted for espionage. He's currently in Russia where he has temporary asylum.