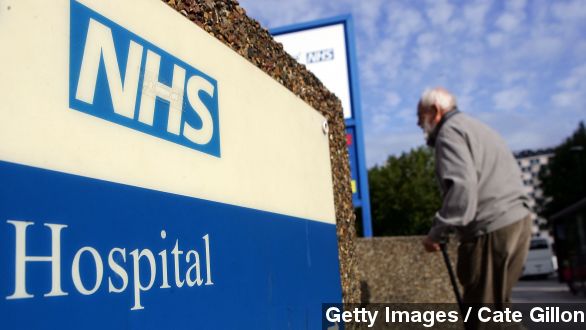 England’s National Health Service is in a bit of a pinch. A fund set up to provide expensive cancer treatments to patients was over budget. It's getting more money now, but it's also dropping drugs used in various cancer treatments.

On Monday, NHS England announced The Cancer Drugs Fund, or CDF, will be dropping 16 drugs used in 25 different treatments. The move is expected to save about $120 million but will drop treatments for bowel, breast and pancreatic cancers, among others.

On making the decision, the CDF’s chair said “These are difficult decisions, but if we don’t prioritize the drugs that offer the best value, many more could miss out on promising, more effective treatments that are in the pipeline.” (Video via NHS England)

The CDF notes that patients currently receiving any of the dropped drugs will continue being able to use it — so no one will suddenly be denied their treatments after the change. (Video via BBC)

The CDF was initially given a budget of about $300 million to pay for treatments deemed too expensive by England’s National Institute for Health and Care Excellence, or NICE. Supplying those expensive drugs made the CDF’s budget rise and last year, it increased to about $420 million. (Video via NHS England)

The budget is set to rise again this year to about $513 million in April and dropping the 16 drugs will be a way to keep costs down. Still, charities don’t see the changes as a good sign for the fund’s future.

The U.K.-based Breast Cancer Care support charity sent a letter to Prime Minister David Cameron calling on him to improve the CDF, which it says is “falling apart when there is still no long-term solution in place.”

Speaking to the Guardian, a spokeswoman of the Breakthrough Breast Cancer charity said, “We need to set up a proper mechanism to deal with the problem. Charities, the NHS, Nice, pharmaceuticals and doctors have all got to sit down and work one out — though it won’t be easy.”

As for what that proper mechanism would look like, a director at the Association of the British Pharmaceutical Industry told The Financial Times that NICE, which assesses the cost-effectiveness for drugs, needs to better evaluate how it recommends expensive cancer treatments.