England and Wales Ban Smoking In Cars With Children 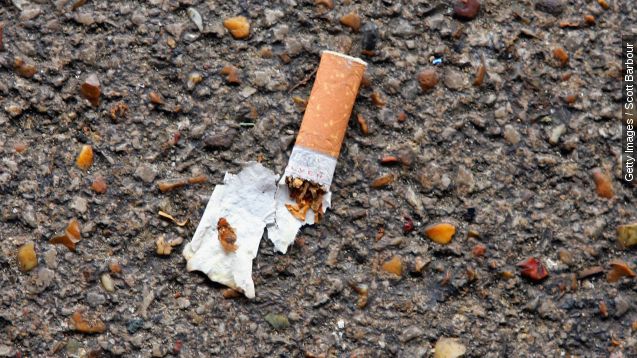 SMS
England and Wales Ban Smoking In Cars With Children
By Katie Link
By Katie Link
October 1, 2015
It's now illegal to smoke in a car with a child as a passenger in England in Wales. But will it be enforced?
SHOW TRANSCRIPT

You can't do it on trains, in pubs or at public parks. And now, in England and Wales, you can't do it in a car with a child. We're talking about smoking.

A new law bans drivers and passengers in England and Wales from smoking while in the car with a minor. Windows down and sunroof open? Still illegal. The penalty you face: a £50 fine. (That's about $75.)

But how in the world will law enforcement actually enforce this? Turns out they don't really plan to.

A spokesperson for the National Police Chiefs' Council told the BBC, "Police forces will be taking an educational, advisory and non-confrontational approach when enforcing the new legislation."

But it seems like police forces are already wary of stretching themselves too thin.

A police spokesperson told the Daily Mail officers already have to be "'everything for everyone,' and, now, health workers."

Politicians have also weighed in.

"We have got to sometimes say hold on a minute, laws and legislation are not always the solution. And we have to also live in a society where we expect adults to behave like adults," former Deputy Prime Minister Nick Clegg said last year. (Video via Leading Britain's Conversation)

But advocates of the law say protecting children from the health risks associated with secondhand smoke is important. Many hope this ban will bring about a cultural change.

And it looks like that change is happening. Many Brits were angry when bans on smoking in public places were enacted in 2007. But the percentage of people in the U.K. who smoke has declined nearly 3 percent since the ban went into effect.

Similar smoking bans in the U.S. have also led to a decrease in the habit over the years.

And banning smoking in cars with kids may be next. Bans like this are already in effect in several U.S. states and parts of Canada and Australia. (Video via Cancer Council Northern Territories)