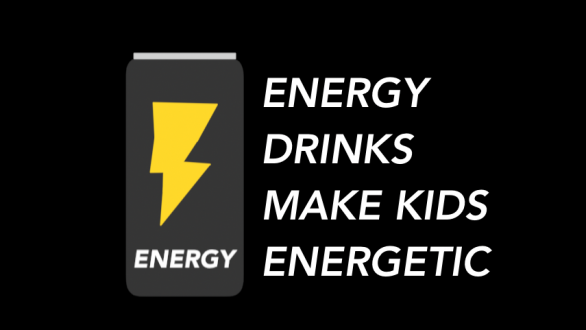 A new study says middle schoolers who drink sweetened energy drinks are more … well, energetic. But not in a good way.

According to this study by the Yale School of Public Health, middle-school children who drink these drinks are 66 percent more likely to exhibit hyperactivity or inattention symptoms. (Video via Yale University)

In 2011, more than 1,600 children from 12 Connecticut schools were surveyed. The children were in fifth, seventh and eighth grade, and their average age was 12.4 years old.

The students were asked which sweetened energy drinks they consumed and how much of each they'd had in the past 24 hours. For every drink a kid consumed, the chances that kid had hyperactivity or inattention issues increased by 14 percent.

It was also found that boys drank more of these beverages than girls, and African-American and Hispanic students drank more than Caucasian students.

In the end, the researchers suggest that parents limit the sugary drinks their kids consume and avoid giving them energy drinks altogether.

But, as a New York Magazine writer notes, the study doesn't prove a definite link between hyperactivity and energy drinks.

There's also the possibility that kids with hyperactivity are just prone to drinking more energy drinks.

The Yale researchers also give other reasons for limiting children's intake of energy drinks, including that the drinks' ingredients increase the chance of caffeine dependency.

That's in line with the American Academy of Pediatrics, which also discourages parents from allowing their children to consume energy drinks.

In fact, the American Beverage Association recommends that energy drink companies don't market to children under 12.

A January report from three U.S. senators argues the majority of energy drink companies aren't following those guidelines, though the ABA suggests the report is misleading.

The Yale study was published in the journal Academic Pediatrics on Monday and was co-authored by researchers from Community Alliance for Research and Engagement, the Rudd Center for Food Policy and Obesity, and the New Haven Public Schools.