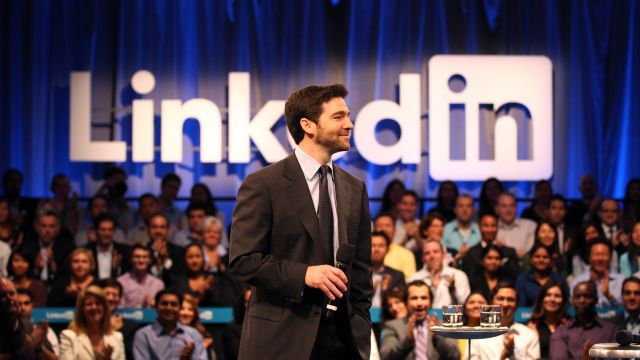 Nothing says "Happy Hump Day" quite like your boss giving all $14 million of his stock bonus to you and your co-workers.

According to Re/Code, that’s exactly what happened for LinkedIn employees Wednesday. CEO Jeff Weiner reportedly didn't take his yearly "equity package," instead opting for it to be put in a pool for his employees.

We did the math for you: LinkedIn reports it has around 9,200 full-time employees, so that gives each person roughly $1,500 worth of shares.

So what's up with the generosity? It could be a sort of hush money. And by hush money, we mean like: "Hush. Things aren't as bad here as you might think they are."

This strategy to keep workers happy has been used before in the tech field. Twitter CEO Jack Dorsey gave his employees about $200 million of his stock after a rough day in the market.

He told The Washington Post, "The really big names in tech all focus on the same idea, that employee happiness has to come before everything else."

And if that paid happiness happens to come at a time when your company hits a rough patch ... we guess that's up to the bosses.

This video includes clips from LinkedIn and images from Getty Images.