Emmett Till And The Renewed Push To Solve Civil Rights Cases 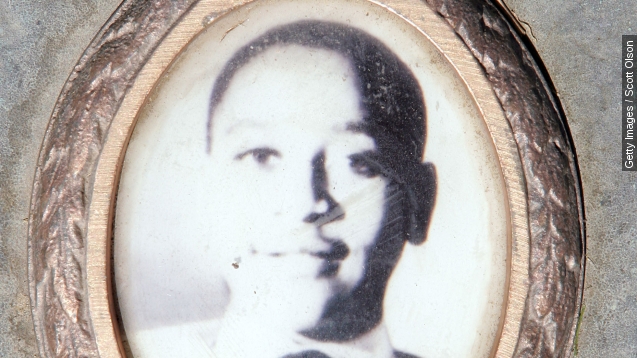 SMS
Emmett Till And The Renewed Push To Solve Civil Rights Cases
By Samantha Crook
By Samantha Crook
August 27, 2015
This week marks the the 60th anniversary of 14-year-old Emmett Till's murder, as the Dept. of Justice still struggles to solve civil rights-era cases.
SHOW TRANSCRIPT

This week marks the 60th anniversary of Emmett Till's murder. The 14-year old black boy was kidnapped and tortured after reportedly whistling at a white woman in Jim Crow-era Mississippi and no one went to prison for it.

Till's kidnappers were acquitted, but admitted to their crimes in a magazine interview shortly after. More recent attempts for convictions have fallen short and the Department of Justice continues to try to right civil rights-era wrongs.

A 2007 attempt to convict others who might have been involved in the kidnapping and murder ended after a Mississippi grand jury declined to issue any new indictments. (Video via NBC)

Around the same time, lawmakers signed the Emmett Till Unsolved Civil Rights Crime Act into law, with the intention of looking further into civil rights-era cold cases. (Video via C-SPAN)

So far, the Department of Justice has said it hasn't found a lot of room for the federal government to intervene. States also haven't been requesting funds to look into civil rights cases on their own.

Congresswoman Sheila Jackson Lee suggested there might be room for improvement in how the DoJ informs and works with state investigators.

But the Department of Justice doesn't expect to solve a lot of these cases, and says the effort is still worth it because prosecutions aren't the only measure of success for the Emmett Till Act.

Investigators hope information they uncover will finally give victims' families some answers. And the fact that they're trying to solve these crimes, no matter how belatedly, is portrayed by some as part of the national healing process. (Video via Aljezeera)

"[Looking into civil rights cold cases] is part of national redemption to understand how deep the wounds are," said Rita Bender, a lawyer at a hearing about the Emmett Till Unsolved Civil Rights Crime Act.

Till's home city of Chicago is hosting a memorial this weekend. The parents of Trayvon Martin and Michael Brown are expected to attend.