Emma Watson Is Named In The Panama Papers, But She's Staying Cool 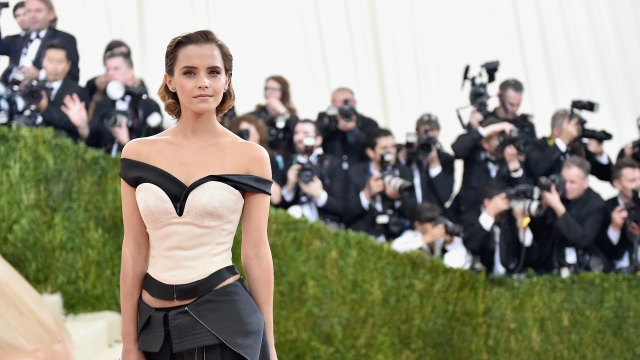 SMS
Emma Watson Is Named In The Panama Papers, But She's Staying Cool
By Katie Link
By Katie Link
May 10, 2016
Emma Watson's representatives claim she "receives absolutely no tax or monetary advantages from this offshore company whatsoever."
SHOW TRANSCRIPT

Believe it or not, Vladimir Putin, David Cameron and Emma Watson all have something in common: ties to the Panama Papers.

On Monday, details of more than 200,000 offshore entities were released, and according to The Spectator, "Emma Charlotte Duerre Watson" is named as a beneficiary in an offshore company in the British Virgin Islands.

Offshore companies aren’t illegal, but hiding your money in them to avoid paying taxes is considered unethical at best. The Panama Papers — leaked from law firm Mossack Fonseca — have implicated thousands of rich and powerful people across the globe in tax avoidance schemes.

But the "Harry Potter" actress seems to be playing it cool. Her representatives issued a statement that reads in part: "Emma (like many high-profile individuals) set up an offshore company for the sole purpose of protecting her anonymity and safety. Emma receives absolutely no tax or monetary advantages from this offshore company whatsoever — only privacy."

Watson may have opted for a more private, offshore account because companies in the U.K. are forced to publish details of shareholders. Or maybe she just wanted to have a reason to visit the BVIs — we can’t blame her for that.

This video includes clips from Vanity Fair and British Virgin Islands and images from Getty Images.