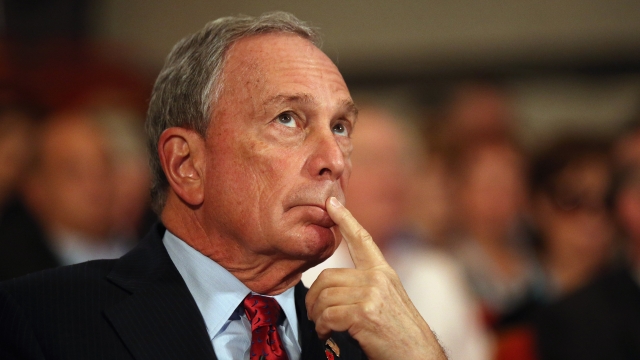 Bloomberg's apparent ambitions were revealed in leaked emails to Clinton campaign chair John Podesta. Clinton's contacts wanted to know if Bloomberg was interested in a posting somewhere within the State Department.

They asked, "Is like Ambassador to China way too small?"

A former aide of his said in an email that Bloomberg had his eyes on a post as secretary of state but acknowledged it "ain't gonna happen."

Bloomberg himself hasn't commented on the leak, but he's considered aiming high before.

Bloomberg might have been a presidential candidate until he decided he wouldn't have a chance. In a March editorial, he wrote "When I look at the data, it's clear to me that if I entered the race, I could not win."

Instead, he's signaled clear support for Hillary Clinton's campaign. He came out against Donald Trump at the Democratic National Convention.

"We must unite around the candidate who can defeat a dangerous demagogue," Bloomberg said.

In any case, D.C. insiders are already talking about who might sit where on a Clinton cabinet — and Bloomberg's name isn't mentioned often.