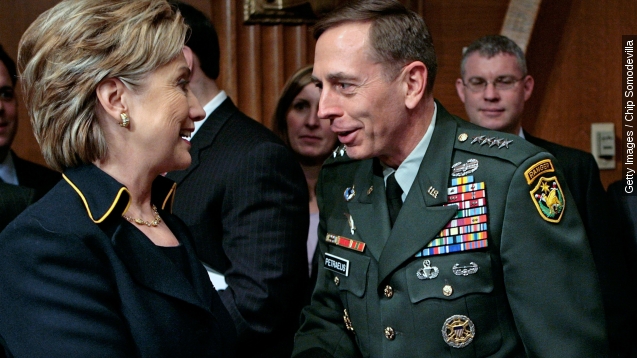 The latest batch of Hillary Clinton's emails aren't even out and there's already some more controversy. (Video via Hillary for America)

This latest ding for Clinton is the discovery of an exchange with David Petraeus, who was in charge of the U.S. Central Command at the time.

While the content of the emails is relatively mundane enough — CNN reports it was simply Petraeus and Clinton getting to know each other — the problem here is with timing.

Clinton's camp says she only started using her private email server — hdr22@clintonemail.com — in March 2009. Before that, she used an account she no longer has access to. (Video via Hillary for America)

She's also declared, under oath, that she's given up all of her work-related emails during her time as secretary of state. (Video via Hillary for America)

This revelation likely won't help Clinton's campaign, which has been dogged by questions about her email. (Video via Hillary for America)

"That was a mistake, I'm sorry about that, I take responsibility. And I'm trying to be as transparent as I possibly can," Clinton said during an ABC interview.

Her press secretary, Brian Fallon, responded to the news saying, "We always said the emails given to State dated back only to March '09. That was when she started using clintonemail.com."

The latest batch of Clinton emails will be released at the end of September.