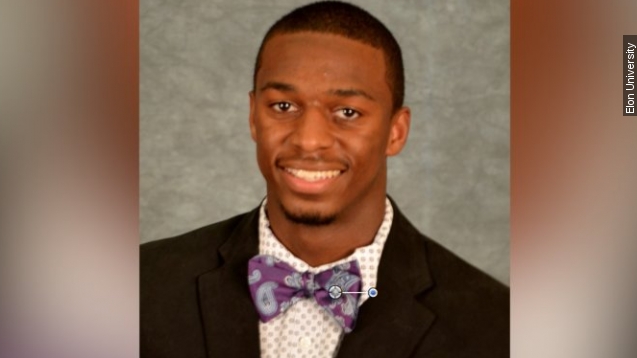 SMS
Elon University Football Player Dead After Falling From Dorm
By Matt Moreno
By Matt Moreno
November 12, 2015
Junior wide receiver Demitri Allison fell to his death from a 10-story dorm at the nearby University of North Carolina at Chapel Hill campus.
SHOW TRANSCRIPT

An Elon University football player is dead after falling from a 10-story residence hall.

Junior wide receiver Demitri Allison died after falling from a residence hall at the nearby University of North Carolina at Chapel Hill campus.

The details leading up to Allison's death are still scarce, but family and friends asked police to check his well-being and emotional state after he left the Elon campus. (Video via WNCN)

"This is normally where sports teams, even the football team, would be — at a morning like this — practicing, but today they are not doing that," WGHP reports.

Allison, originally from Cornelius, North Carolina, played in all nine games this season for Elon. He was 21 years old.