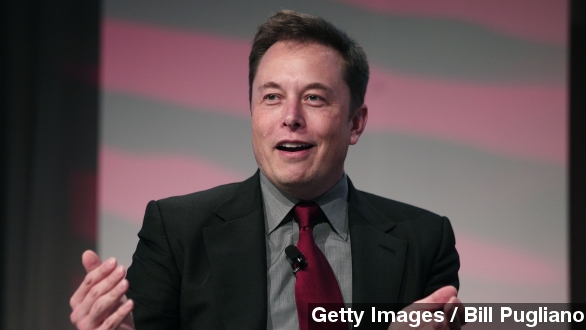 It was a very busy week for Elon Musk and his businesses.

On Tuesday, Musk was at the 2015 Automotive News World Congress, where he announced Tesla should be selling half a million cars a year by 2020, and profitable.

To be fair, Musk has a lot of enormous projects in the air all at once, and he’s looking at adding at least one more: a new arm of SpaceX in Seattle, for research and development on satellites. He spoke with Bloomberg on Tuesday.

“It’s actually a satellite office creating satellites. We’re going to try and do for satellites what we’ve done for rockets.”

He said SpaceX will hire 60 or so engineers to start and could expand the branch to as many as 1,000 employees within 3-4 years.

On Thursday, Musk took a moment to consider the implications of machine intelligence and donated $10 million to the Future of Life Institute to help prevent eventual AI from ever turning on humanity.

“It’s best to prepare for, to try to prevent a negative circumstance from occurring than to wait for it to occur and then be reactive,” Musk said. (Video via Max Tegmark)

Yes, this is a serious concern for Musk. He’s famously mused that AI could end up being more dangerous to humanity than nuclear proliferation.

“If there’s some digital superintelligence and its optimization or utility function is something that’s detrimental to humanity, then it will have a very bad effect.” (Video via Vanity Fair)

Those in the field seem to share some of his worry. One founder for FLI explained it in terms Musk is likely to appreciate.

“Building advanced AI is like launching a rocket. The first challenge is to maximize acceleration, but once it starts picking up speed, you also need to to focus on steering."

There’s a certain romanticized aspect to the whole idea of fighting against malevolent machine intelligence. (Video via Warner Brothers Pictures)

Also on Thursday: Hyperloop. At the Texas Transportation forum, Musk announced intent to develop a prototype track for the high-speed transport.

“It’s a cross between a concorde and a railgun,” Musk said.

“A concorde and a railgun?” asked Walt Mossberg.

That’s how Musk described it to Walt Mossberg and Kara Swisher at an AllThingsD conference in 2013.

Now, it seems, he wants to get a practical version working so partners can test out designs.

But Musk was otherwise short on specifics. As The Verge notes, he’s had his hands full running Tesla and SpaceX.

Speaking of SpaceX, the company released photos and video of the Falcon recovery test from January 10.

The rocket underwent what Musk called “rapid unscheduled disassembly,” which is SpaceX-talk for “it crashed and exploded.”

If Musk seems happy about the millions of dollars of hardware essentially blowing itself into confetti, consider this: that rocket autonomously flew to, and hit, a 30,000 square foot target from space.

In other words, this is rocket science at breakneck speed. A writer for Slate says “A lot of people are calling this a failure, but … it’s more fair to call it a near-success.”

According to SpaceX, the rocket ran out of the hydraulic fluid it uses to control its stabilizers too early.  Musk tweeted the next test will have much more of the apparently flammable stuff, so, "at least it should explode for a different reason.”

The next recovery test is expected in two to three weeks.