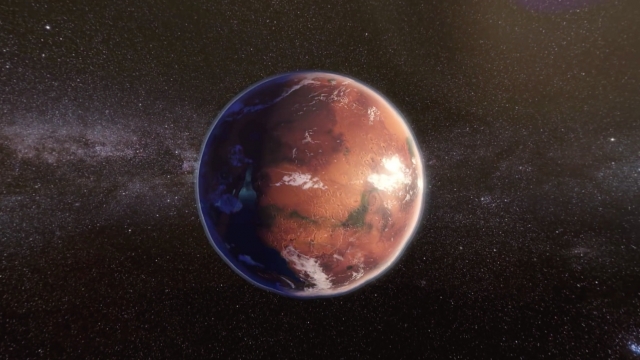 SMS
Elon Musk's Plan To Colonize Mars Starts With This Rocket Engine
By Lindsey Pulse
By Lindsey Pulse
September 26, 2016
The CEO of SpaceX and Tesla tweeted a photo of the Raptor engine shooting flames from its jets.
SHOW TRANSCRIPT

Elon Musk has been busy thinking of ways to colonize Mars, and now he's got an engine that could get him there.

The CEO of SpaceX and Tesla tweeted the first photos of the "Raptor interplanetary transport engine" shooting fire from its jets. Musk says this rocket engine will be the way to get to the red planet.

SEE MORE: How Will Mars Crews Cope With Watching Earth Fade Into The Distance?

Of course the Raptor itself isn't new — it's been in development for years. But this is the first time the public has seen photos of it in action.

Musk founded SpaceX in 2002. The company's area of expertise: advanced rocket science. And the billionaire entrepreneur reportedly wants to take that expertise and send millions of people into space.

To Musk, Mars is a plan B planet that will save humanity. He's even said he wants to die on Mars — "just not on impact."

Musk will reportedly detail his plan to use Mars as a backup planet at the 67th International Astronautical Congress on Tuesday.