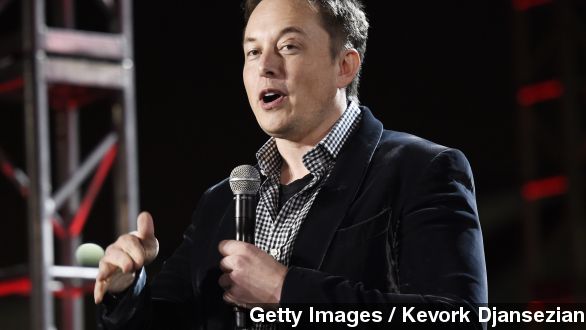 It looks like we've got a modern-day space race on our hands. Tesla and Space X's Elon Musk is now looking to create cheap and light internet broadcasting satellites, joining the ranks of Facebook and Google in the connectivity mission.

The Wall Street Journal reports Musk is working with former Google executive Mark Wyler to get the project off the ground. (Video via PandoDaily)

Musk is shooting for a fleet of roughly 700 satellites, which has never been done before.

But with stiff competition and no official confirmation of the project from Musk, who's most likely to create an internet satellite first?

When it first came out that Google was getting into the internet satellite game, reports indicated the venture could cost the company $3 billion dollars.

And Facebook looks to be competing as well, with an initiative called the Connectivity Lab that leans on the 20 million dollar purchase of drone manufacturer Ascenta.  (Video via Internet.org)

Despite this investment, there's no clear explanation of how Google and Facebook stand to make money from these projects.

David Meyer of Gigaom writes, "Basically, all this activity is technologically fascinating and may well end up connecting millions of those who need it, but the end game is far from clear. If these plans are sustainable, they must have core elements that we don’t know about yet."

And speaking of money, Musk needs to raise $1 billion dollars to spend during the development process, not to mention the multiple regulatory hoops he and Wyler will need to get through in developing their satellites.

Musk and Wyler are reportedly looking into building a satellite manufacturing facility in Colorado or Florida.