Elmo and Co. Will Be Right At Home On HBO 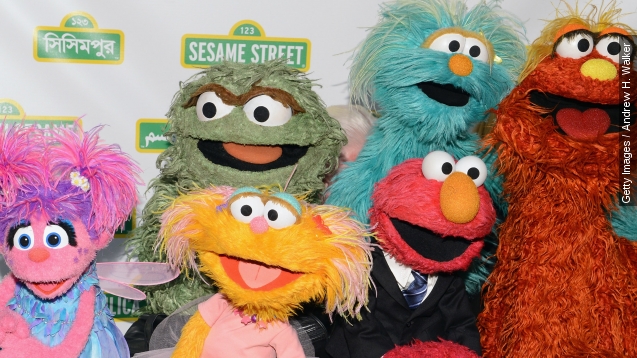 SMS
Elmo and Co. Will Be Right At Home On HBO
By Ben Lawson
By Ben Lawson
August 13, 2015
The news that HBO licensed "Sesame Street" for a five-year run was bound to raise a few eyebrows, but it's a beneficial partnership.
SHOW TRANSCRIPT

If it seems weird that the same channel best known for hosting a violent show like "Game of Thrones" will also be the home of Elmo then you're probably not looking at it from HBO or "Sesame Street"'s perspective.

The news that HBO licensed "Sesame Street" for a five-year run was bound to raise a few eyebrows, but it's actually a pretty beneficial partnership.

Lately, "Sesame Street" has had trouble covering the cost of the show, partially due to streaming services cutting into profits. PBS only funded about 10 percent of the show while most of the rest came from product licensing –– namely DVD sales.

So the HBO deal gives it a much-needed cash infusion and the ability to bump up to 35 half-hour episodes a year.

Don't worry though, Elmo and crew won't be completely locked behind HBO's paywall. PBS will air new episodes nine months after they run on HBO.

For its part, HBO gets an extremely popular show, somewhat exclusively, to help defend itself against its video streaming competitors. Online subscription services like Netflix and Amazon have been offering programming for kids for a while now.

It's a shame it's too late for Big Bird to help Jon Snow with that whole "you know nothing" problem.