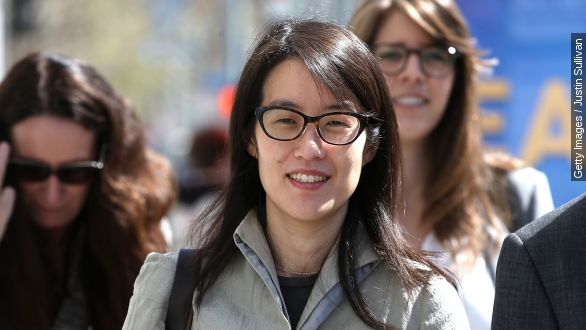 Pao, a former junior partner at the firm, sued for alleged sex discrimination. She claimed the firm restricted her progress in the company's hierarchy, retaliated against her when she complained about it and then fired her when she sued in 2012. (Video via KPIX)

The jury of six men and six women were initially split 8-4 on one of Pao's four claims, but after further deliberations, they ultimately decided in Kleiner Perkins' favor.

"The jury has all of the evidence, four weeks of testimony in the jury room with them. It all boils down to this jury verdict form, which is fairly complicated, seven pages long," CNBC reported.

Questions the jury had to answer included:

What motivating reason did Kleiner Perkins have to treat Pao the way it did? (Here we're talking about Pao's claim that the company didn't promote her to senior partner.)

Pao is expected to appeal the verdict. The case won't set any legal precedent unless it gets escalated to an appeals court, but it is expected to affect the legal and corporate landscape.

"Kleiner Perkins' HR policies were not top-notch. A lot of small businesses, a lot of startup businesses around Silicon Valley are looking at this case to figure out what they have to do to bring their HR up to snuff," Bloomberg's Cory Johnson said.

Facebook and Twitter are looking at similar lawsuits. A former Facebook employee is suing for gender- and race-based discrimination and harassment. The plaintiff is working with Lawless & Lawless, the same firm representing Pao in her case. And a complaint against Twitter could make it to the class-action status.