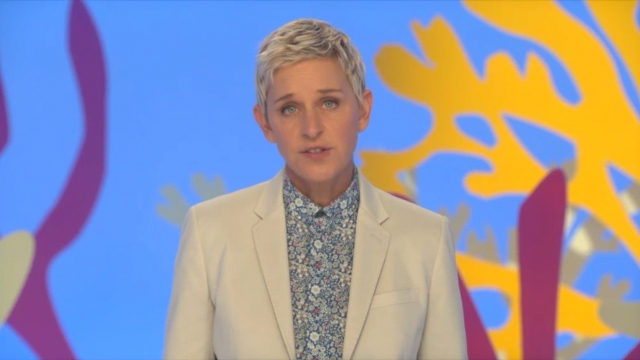 SMS
Ellen DeGeneres Is Facing Backlash Over Her Great Barrier Reef PSA
By Ethan Weston
By Ethan Weston
June 11, 2016
The talk show host's appeal to protect the reef put some Australians on the defensive.
SHOW TRANSCRIPT

Comedian and talk show host Ellen DeGeneres is facing backlash in Australia after she made a video appealing to Australia to protect the Great Barrier Reef.

In the short video, DeGeneres asks for help protecting the reef and points viewers to rememberthereef.com – a website set up by Disney Conservation and its partners to help preserve the Great Barrier Reef.

"And, as you may remember — but Dory probably doesn't — she's a blue tang and has many other amazing species that live in the Great Barrier Reef with her. It's critical that we protect this amazing place, and we'd like your help," DeGeneres said.

But Australian Minister for the Environment Greg Hunt seemed to take offense to the video. In response, he bombarded DeGeneres with tweets defending the Australian government and everything it has done to help the reef so far.

And Hunt wasn't the only one who took issue with DeGeneres' new video. Australian "Today" show co-host Karl Stefanovic seemed to think it was just publicity.

"My concern is that she got involved in that around the whole notion of selling a movie anyway," Stefanovic said.

DeGeneres responded to the controversy by saying, "I put out a PSA because I do believe we should protect our oceans and protect our reef, and I don't know what's controversial about that."

She does have cause to worry about the health of the reef. Coral bleaching — which can kill coral — has affected over 90 percent of the Great Barrier Reef. There's also concern that DeGeneres' new movie "Finding Dory" might cause many blue tang — the type of fish Dory is — to be snatched from the wild as pets.