Elk Make Creepy Shrieks By Whistling Through Their Noses 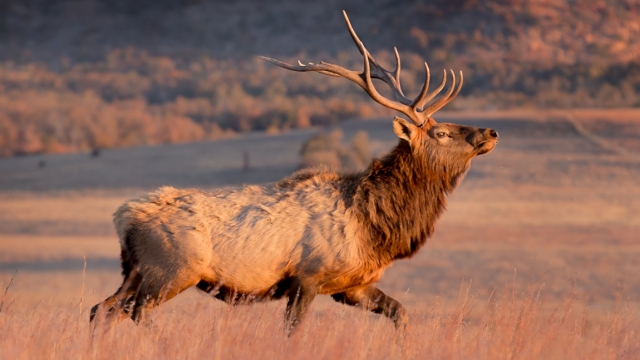 SMS
Elk Make Creepy Shrieks By Whistling Through Their Noses
By Mikah Sargent
By Mikah Sargent
April 20, 2016
Researchers studied the vocal patterns and anatomy of elk to figure out how they make that eerie, high-pitched call. Apparently, it's all in the nose.
SHOW TRANSCRIPT

This is a wapiti, otherwise known as an elk. And this is the sound of its call.

Not only is it a little chilling — researchers compared it to the sound of the ringwraiths from "Lord of the Rings" — but scientists hadn't yet determined why they sound like this.

See, bigger animals tend to have deeper voices, and the elk shouldn't be an exception. It has a large voice box built for making deep sounds, not squeaky ones.

Researchers from the University of Sussex decided to put the puzzle to rest by recording elk calls and studying their vocal patterns. Turns out elk actually do produce low sounds, they just make high sounds at the same time.

When the team examined the animals' throat structures, they discovered elk can make two sounds at once. They use their vocal cords for deep sound, and they make high-pitched whistles with their noses.

So why do elk make two distinct calls? The researchers have a theory: The low-frequency sound communicates the animal's size to nearby elk, and the high-frequency noise is meant to be heard over long distances — a way for the animal to say, "Hey, I'm here!"