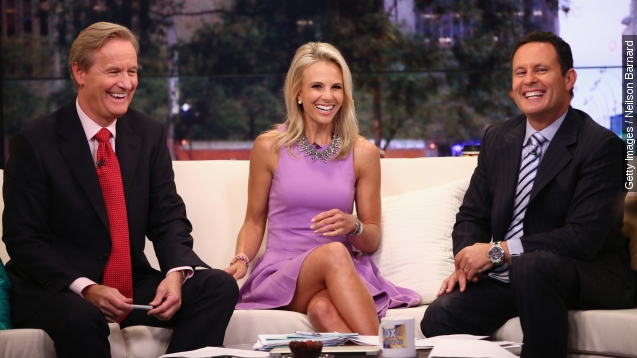 After 14 years in the TV industry, Elisabeth Hasselbeck is calling it quits. She announced Monday that she's leaving "Fox & Friends" to spend more time with her family.

The co-host joined the Fox News morning show in 2013 after spending nearly a decade at "The View." Prior to that, Hasselbeck appeared on the 2001 season of "Survivor." (Video via Fox News)

She said in a statement, "With a heart full of gratitude and the peace that God has given me, I am confident that this personal decision is the right one for our family."

As Hasselbeck watches the show from home next year, a rotating set of co-hosts are expected to fill her seat. This is a pretty popular move for talk shows.

Take "The View" for instance. Fans of that talk show have learned to expect a revolving door of sorts. After co-creator Barbara Walters left in 2014, her co-hosts Sherri Shepherd and Jenny McCarthy were quick to follow. Since then a number of women have come and gone. (Video via ABC / "The View")

"That's on TV? How can you put that on TV?" Strahan said on "Live! With Kelly and Michael."

And before it was "Live! with Kelly & Michael," execs searched long and hard for the right replacement for Regis Philbin. In total, Kelly Ripa worked with 59 guest co-hosts before the network pulled the trigger and hired Strahan full-time.

Hopefully it doesn't take quite so long for Fox News to fill Hasselbeck's spot on the couch. She's expected to stay with "Fox & Friends" until late December.