Elephants Still In Danger Even After 'Queen Of Ivory' Arrest 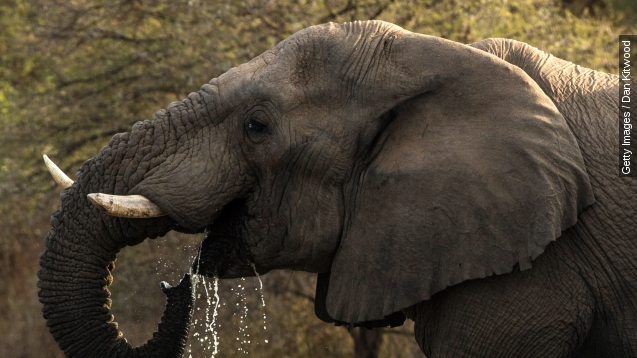 SMS
Elephants Still In Danger Even After 'Queen Of Ivory' Arrest
By Ethan Weston
By Ethan Weston
October 10, 2015
Tanzania says it landed a major victory against ivory smugglers by arresting a Chinese national, but ivory poaching is still a big problem.
SHOW TRANSCRIPT

Tanzania says it struck a major blow against illegal ivory trafficking earlier this week with the arrest of Chinese national Yang Feng Lan. Officials say Yang was known as the "Queen of Ivory," and has been accused of smuggling 706 elephant tusks.

In the past decade, Tanzania has lost around two-thirds of its elephant population to poaching, according to a report by the U.K.-based Environmental Investigation Agency.

Earlier this year, the U.S. and China agreed to a nearly complete ban on ivory. Both countries made a show of destroying stockpiles of ivory in order to send a message to poachers. Thailand has since followed suit. (Video via CBS)

Even so, China is thought to be the biggest destination for illegal ivory where people see ivory ornaments as status symbols. Most of that ivory will come from Tanzania which is Africa's largest source of ivory.

To help combat poaching, Tanzania put together a specialized wildlife trafficking unit. Since the unit's formation, it's arrested at least one trafficker a day, according to some sources.

The co-founder of the Elephant Action League said, "We must put an end to the time of the untouchables if we want to save the elephant."

The African Elephant has a long way to go before we can start predicting a brighter future. There are only around 470,000 elephants left in Africa, with almost 35,000 killed every year.

This video includes images from Getty Images and Kate Miyamoto.