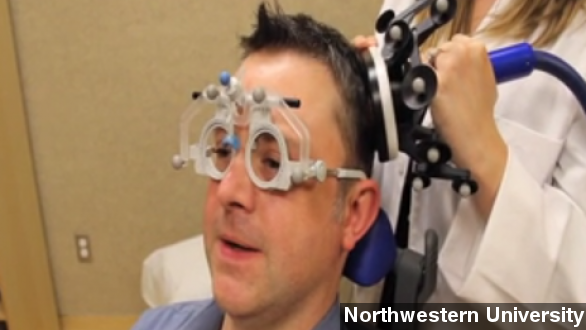 Researchers at Northwestern University believe stimulating the brain with electrical pulses might someday improve the memory skills of those who have had brain injuries, a stroke or even Alzheimer's.

A team of researchers found that stimulating a region of the brain with an electrical current improved memory and learning function in study participants. Researcher Joel Voss explained how it works:

For the study, the scientists recruited 16 young adults. Each participant received brain stimulation for 20 minutes a day for five days. At the end of the study, it was found the participants' memory and learning ability had improved.

Researchers believe this technology could eventually take the place of some memory medication and might even have better results.

JOEL VOSS: "One of the advantages of this kind of way of going about this is that we will be able to target the exact region people are having problems with as opposed to showering the brain with a bunch of chemicals."

Transcranial magnetic stimulation is a somewhat new procedure and was only approved by the U.S. Food and Drug Administration in 2008.

Before now, it was only used as a way to treat severe depression. According to the Mayo Clinic, it is usually tried when other treatments have failed.

MS is currently pretty pricey. According to HealthDay, each session generally costs around $300.

​And Johns Hopkins Medicine warns the method is not appropriate for all patients and requires a doctor's recommendation.