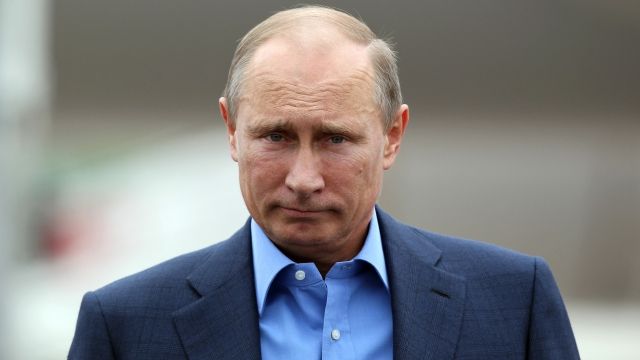 SMS
Electors Won't Be Briefed On Russian Hacking
By Lauren Stephenson
By Lauren Stephenson
December 16, 2016
The Office of the Director of National Intelligence said it isn't ready to release more information on Russia's alleged meddling in the U.S. election.
SHOW TRANSCRIPT

Electoral College members who wanted an intelligence briefing on Russia's suspected interference in the presidential election are out of luck.

On Friday, the Office of the Director of National Intelligence said it's not ready to release new information regarding Russia's alleged interference in the 2016 election.

It said members of the intelligence community are conducting a review ordered by President Barack Obama of every instance of electoral interference dating back to the 2008 presidential election. Since the review includes classified information, the office can't provide additional information right now.

Even members of Congress who requested more information will have to wait. But the office said it continues to stand by the assessment it made in October: It is "confident" the Russian government directed the hacking of emails and their release to interfere in the election.

The statement followed the publication of a report that claims the FBI is backing the CIA's assessment that Russia interfered in the presidential election.

Members of the intelligence community will brief Congress once the review is complete. The agency said it would then work to make public information that won't jeopardize sources and future intelligence gathering.

The statement followed President Obama's press conference, when he said he met "face-to-face" with Russian President Vladimir Putin in China in September. He said he told Putin to "cut it out."

"There were going to be some serious consequences if he didn't. And in fact, we did not see further tampering of the election process, but the leaks through WikiLeaks had already occurred," Obama said.

Electors will cast their ballots Monday.

Originally, 10 electors — one Republican and nine Democrats — sent a letter to Director of National Intelligence James Clapper requesting a briefing.

As of Friday evening, an additional 70 electors had signed on.

They wanted to know if President-elect Donald Trump or his campaign had any ties to the Kremlin's alleged interference in the election or anything else that could sway their decision of "whether Mr. Trump is fit to serve as president of the United States."