Clinton Might Win Popular Vote, But Trump Is Still President-Elect 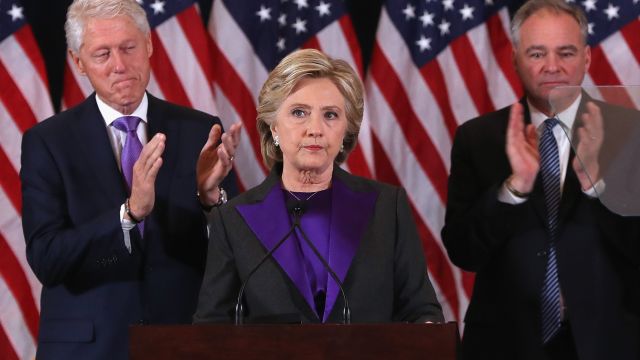 SMS
Clinton Might Win Popular Vote, But Trump Is Still President-Elect
By Jake Godin
By Jake Godin
November 9, 2016
Looking at the past five elections, this is the second time the Electoral College and popular vote clashed.
SHOW TRANSCRIPT

Hillary Clinton is winning the popular vote, but Donald Trump is the president-elect.

That's because he won the Electoral College — he did that by wresting the vote away from Clinton in some key states.

The last candidate to win a presidential election without winning the popular vote was George W. Bush in 2000.

That means the Electoral College vote clashed with the popular vote in two of the past five elections.